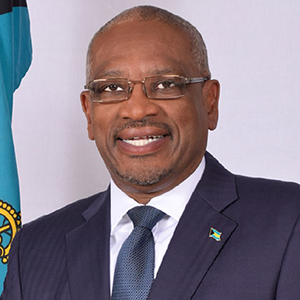 Prime Minister
The Commonwealth of The Bahamas

He obtained his early education at Our Lady’s Primary School and Western Junior School, and his sec­ondary education at St. Augustine’s College, Nassau, from which he graduated in 1971.

He attended the University of Minnesota in Minneapolis, Minnesota, USA (1971-1975) and graduated with a Bachelor’s Degree with a concentration in Biology. That same year, he entered the Faculty of Medical Sciences at the University of the West Indies, Mona, Jamaica. He obtained the MBBS degree in medicine in 1980.

Dr. Minnis returned home and began serving the Bahamian people at the Princess Margaret Hospital as a specialist physician in Obstetrics and Gynecology. While at the Princess Margaret Hospital, he served as a Consultant and Head of the Department of Obstetrics and Gynecology and as Deputy Chief of Staff. He had a stellar medical career in both the public and private sectors where it is estimated that Dr. Minnis delivered over five thousand babies.

As part of his commitment to the wider community, Dr. Minnis served as president of the Medical Asso­ciation of The Bahamas (MAB), and as a member of the Government-appointed Medical Council. He also served as chairman of the Hotel Corporation of The Bahamas and was an associate lecturer at the University of the West Indies in Obstetrics and Gynecology.

He has a special interest in, and dedication to, the promotion of Bahamian ownership in the economy and in the redevelopment of traditional Over-the-Hill communities where he still retains deep roots and connections.

Dr. Minnis became Prime Minister following the General Election held on May 10, 2017 when his party, the FNM, won an overwhelming majority, capturing 35 of the 39 seats in the House of Assembly.

On May 12, 2017 Dr. Minnis was officially sworn in by Her Excellency, Governor General Dame Mar­guerite Pindling as the fourth Prime Minister of the Commonwealth of The Bahamas, in a ceremony held at Government House.

A Roman Catholic, Dr. Minnis is married to the former Patricia Beneby and is the father of three chil­dren and five grandchildren.
An expert cowbeller for the celebrated Junkanoo group, the Saxons Superstars, Dr. Minnis enjoys “rushing” on Bay Street during the annual Boxing Day and New Year’s Day Junkanoo Parades. His other interests include reading, working out at the gym, and spending time with family. 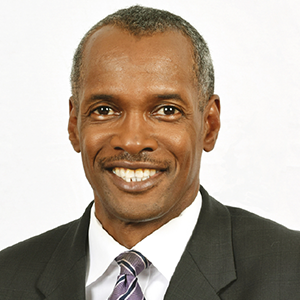 The Hon. Desmond Bannister was born on October 28, 1958. Following his early education in The Bahamas, he completed studies leading to an Associate’s Degree at Miami Dade Community Col­lege in Florida and obtained a Bachelor’s Degree from Grinnell College in Iowa.

He received an LL.B. degree from the University of the West Indies, Cave Hill, Barbados and com­pleted his Legal Education at the Norman Manley Law School in Kingston, Jamaica. He was called to The Bahamas Bar in 1988.

Mr. Bannister served as Crown Counsel in the Office of the Attorney General between 1988 and 1991, when he joined the law offices of Evans & Co. Before becoming Minister of Works, he was the senior partner at The Law Partnership.

Mr. Bannister was engaged as a part-time lecturer for The Bahamas Bar, The Bahamas Institute of Bankers and at The University of The Bahamas and has served as Acting Stipendiary & Circuit Magistrate.

A lifelong sports enthusiast, Mr. Bannister was elected as President of The Bahamas Association of Athletic Associations in December 1999.

He is married to Donna (nee Charlow) and they are the proud parents of two children, Dominique and Danielle. 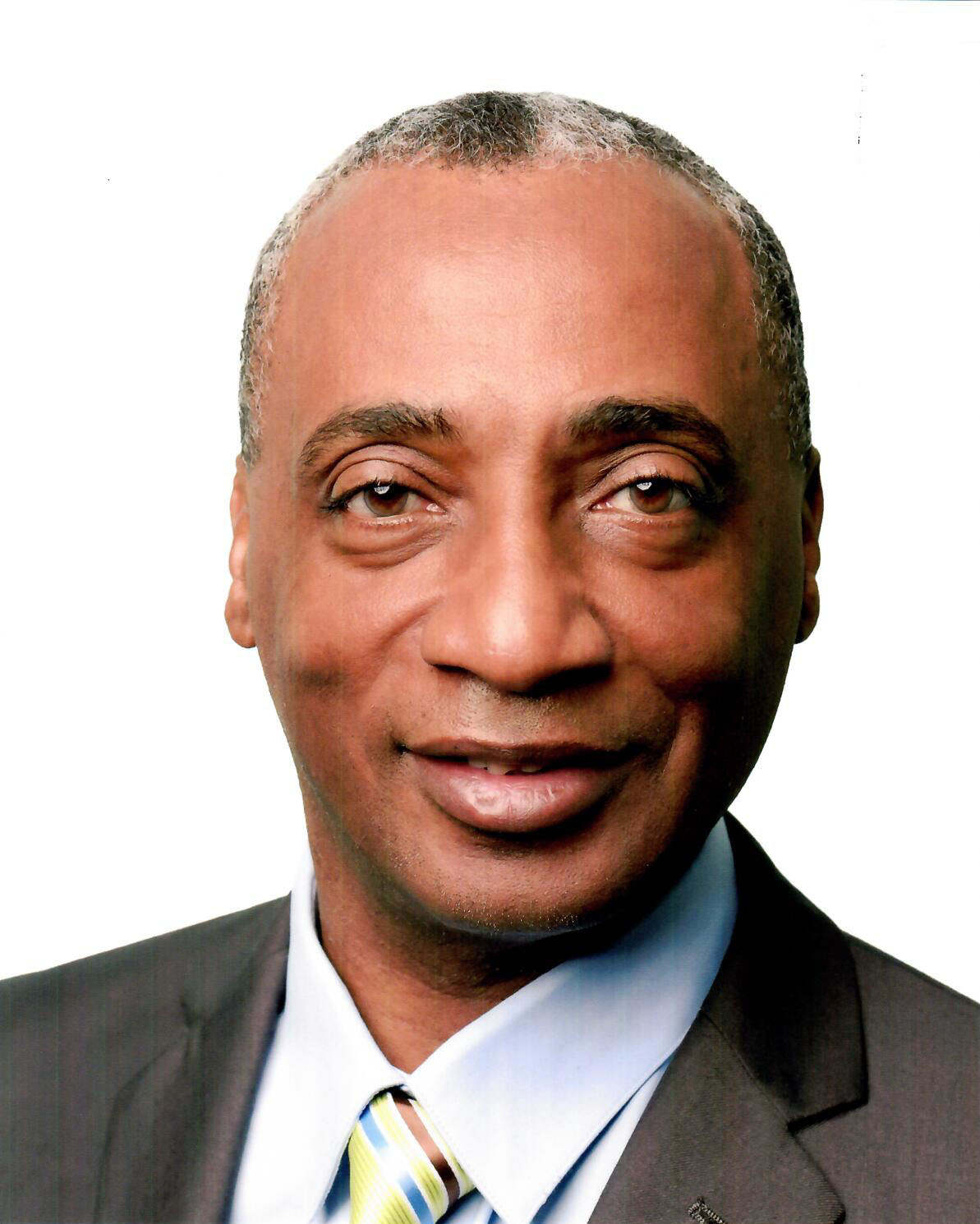 C. Anthony Smith is the General Manager of The Bridge Authority where he has full responsibility for the operations of the state-owned corporation, leading a team of 38 persons and serving as an ex-officio member of the Board of Directors. In his former role as the IT and Operations Manager at The Bridge Authority, Mr. Smith led initiatives to position the organization for the future, including driving the transition to electronic tolling and implementing upgrades to the transponder and toll system software.

Mr. Smith has more than three decades of experience in designing, implementing and managing IT programs and budgets for leading organizations in The Bahamas. His career began in the public sector in 1989 as a computer programmer/analyst at the Ministry of Finance before taking on private sector consultant roles at Price Waterhouse and Deloitte and eventually becoming the vice president of IT at Lloyds TSB Bank & Trust. Mr. Smith transitioned to the technology sector in 2003, becoming an IT Director at Cable Bahamas where he created and launched a remote desktop support product called PC Wizard which gained 1100 subscribers and generated $100,000 in annual revenue.

Mr. Smith leads an active lifestyle within the community. He is an avid cyclist, a Deacon at Grace Community Church, and an advisor to Swift Swimming Club and the Let’s Swim Bahamas Foundation. 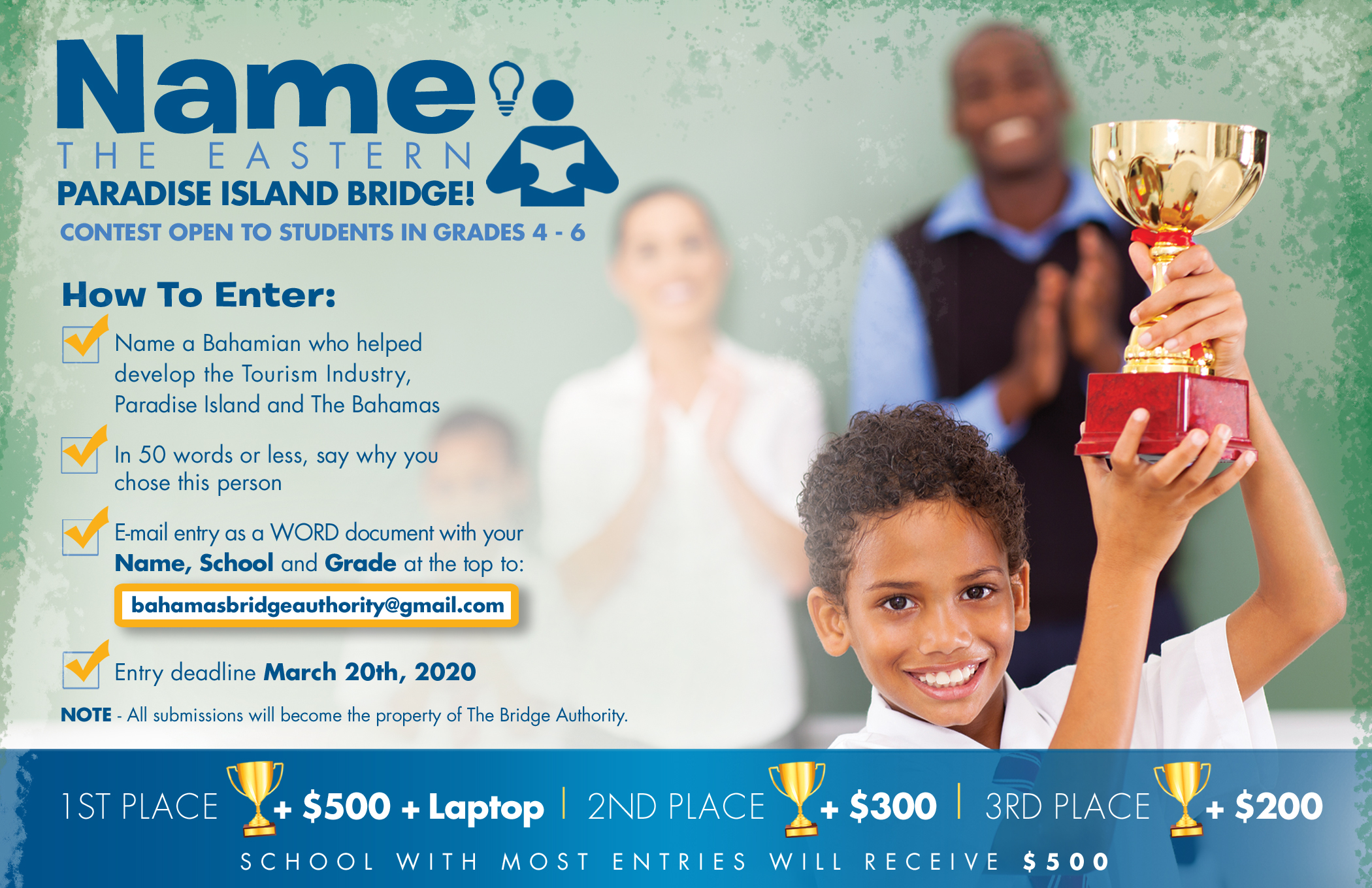